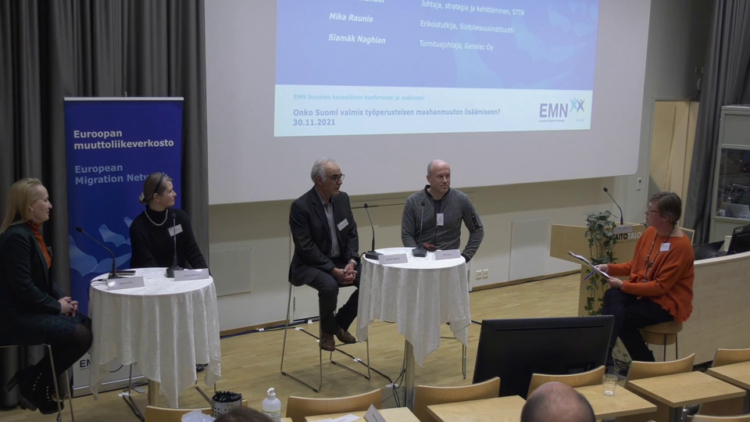 The National Conference was held in Helsinki on 30 November 2021.

Labour immigration has been one of the most widely discussed topics in the public and political debate in recent years and increasing labour immigration is often seen as a key factor in tackling the talent shortages in Finland. Therefore, the topic of this year’s conference was labour immigration and, above all, whether Finland is ready to increase labour immigration. A small number of invited guests attended the event at the Taitotalo congress center in Helsinki, while the majority of the audience followed the event as a webinar

These cookies are necessary for the technical functionality of the site.

Analytics cookies collect anonymised usage information, which is used to develop the site.